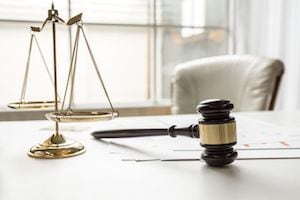 OBX Domestic Violence charges may require a court appearance for criminal charges, including things like Assault on a Female, Injury to Personal Property, or Communicating Threats.

If it involves a domestic relationship, people who have dated one-another, lived together, or were even married, those same allegations of “acts of domestic violence” may also serve as a legal basis for a type of civil filing called a Domestic Violence Protective Order or “DVPO.”

How things are handled between criminal court for the criminal charges and civil court, for the restraining order, are often quite different.

It’s easy to confuse a CRIMINAL SUMMONS and a CIVIL SUMMONS, especially when they are technically related to and may include aspects of the same alleged criminal acts.

A criminal summons, once properly served, mandates a court appearance and entering a plea to criminal charges. Those may be a misdemeanor or felony, depending on the individual allegations.

Some criminal charges begin first with a Warrant for Arrest, although that is not required in every instance. As it relates to domestic violence, getting arrested for assault, battery, and other common “DV” matters, is actually pretty common in the Outer Banks.

A civil summons provides notice of a “complaint,” which a type of lawsuit. It is a civil filing in civil court and is therefore subject to the Rules of Civil Procedure.

The allegations may be exactly the same.

The difference is, with a civil DVPO, the victim seeks protection in the future. Criminal charges generally punish people for things they’ve done in the past, although there may be aspects of controlling future acts too with a criminal conviction.

What is a DVPO?

DVPO stands for Domestic Violence Protective Order. It’s something that’s handled in District Court in North Carolina and decided by the Judge.

Juries do not decide whether to issue a restraining order. That’s decision for the judge as set out in N.C.G.S. Chapter 50B.

In fact, that’s one reason defense attorneys often refer to such matters as “50B Hearings” or “DV Court.”

Restraining Orders may be sought and obtained on an ex parte basis. That means the complaining party, the “plaintiff” can approach the Judge without telling you and ask for an Order of Protection.

Ex Parte Orders are, by statute, intended to be temporary. That means you have a right to a hearing to determine whether the protective order should be set aside or remain in place.

Pending that hearing, and assuming you have been properly served with the 50B Order, it’s actually a criminal offense to violate a validly issued DVPO.

There are aspects of Rule 65 in the Rules of Civil Procedure in North Carolina and the DV laws pursuant to Chapter 50B that are important to consider prior to taking any steps to resolve the family dispute.

In fact, it may be illegal for you to return home, to attempt to contact your spouse, or even your children. It all depends on the Court Order that was issued.

The reason many Outer Banks criminal lawyers refer to them in short-hard as a “50B” or “DVPO.” It’s a reference to the laws as more fully set forth in N.C.G.S. Chapter 50B.

Whether it is for both criminal allegations and a civil DVPO, or just criminal charges, we think it’s a really good idea to speak with a defense attorney.

Domestic violence charges are an area of law where criminal defense attorneys handle civil filings. In part, that’s because the evidence elicited at the 50B civil hearing, which is often recorded and “on the record” may be used at a later criminal charge.

"It’s a really good idea to seek legal representation without delay. Many people don’t realize they could have two different hearing dates fast approaching, one for the civil DVPO and one for the related criminal charges."

What is the Burden of Proof?

Burden of Proof refers to the legal standard to which something must be proven in court. In a civil dispute, the “burden” is on the Plaintiff to prove his or her case.

Without meeting that burden, the lawsuit may be dismissed or the “prayer for relief” could be denied.

What is required and who has that responsibility to present evidence in court differs between criminal charges in criminal court and a civil lawsuit in civil court.

DVPO matters in North Carolina are handled in civil court. The underlying assault charges, things like assault and battery, simple assault, or assault with a deadly weapon, in the context of domestic violence, are handled in criminal court.

The burdens of proof differ between criminal court and civil court.

North Carolina uses different standards of proof in court, depending on the type of legal proceeding.

For example, in criminal court, the Judge may review legal issues that require a determination of whether reasonable suspicion or probable cause existed to bring charges.

In civil court, the Judge (or jury depending on the type of legal matter) may decide a legal issue using the “Greater Weight of Evidence” legal standard.

Other legal proceedings may utilize the legal standard of “Clear, Cogent, and Convincing” evidence. And the highest standard in the land, that reserved for criminal charges, is proof “Beyond a Reasonable Doubt.”

The State of North Carolina has that burden in criminal court. It doesn’t matter whether it’s for a felony or misdemeanor charge, the prosecutor must prove each and every element of the offense Beyond a Reasonable Doubt.

Otherwise the Defendant, the person facing criminal allegations, must be found Not Guilty.

People accused of crimes have no burden of proof or burden of production. The defendant need not present evidence.

In fact, the defendant’s decision not to testify or present a defense cannot be used against him at trial.

The State (through the Office of the District Attorney) alone bears that “burden.”

Criminal defendants, in fact, are given a tremendous “presumption” when it comes to a criminal prosecution. They are presumed innocent.

As the person accused of a crime sits in court, it is assumed they are Not Guilty. That presumption remains throughout the trial, until such time as all the evidence is presented and the Finder of Fact is instructed on the NC Criminal Laws.

Civil matters, even if they involve aspects of illegal/criminal acts, are handled differently.

The Plaintiff, the person seeking the relief, is not held to the same standard of proof. In DVPO matters, the Plaintiff need only prove “acts of domestic violence” by the greater weight of the evidence.

That means, the person seeking injunctive relief must prove it was “more likely than not.”

While a technical distinction, a single act of domestic violence does not necessarily mandate the issuance of a 50B Domestic Violence Protective Order.

A Court may find that acts of domestic violence did occur and further that the relief sought by the Plaintiff is not necessary or appropriate.

The person seeking the restraining order or other “injunctive relief” must be reasonable in their fear of future acts of domestic violence or future emotional trauma.

Frankly, it can get a bit complicated. The Court is given a tremendous amount of responsibility and discretion in determining the nature, extent, and type of relief awarded, if any, pursuant to a 50B.

Unlike criminal charges, a Defendant in a DVPO civil hearing may be called as a witness to testify. That’s not true in criminal court, where the State cannot call the witness as a trial.

In civil court, the Defendant may still assert his or her 5th Amendment Rights not to incriminate themselves. At the same time, the District Court Judge in that instance may consider that assertion together with the Defendant’s decision not to present evidence or testify.

Furthermore, the Judge may also consider the prior issuance of 50B Orders in its deliberations.

Prior instances of conduct or what defense attorneys refer to as “404b, character evidence” cannot generally be used to show compliance with a character trait for criminality.

The Defendant subject to a Complaint and Motion for DVPO, if properly served, is not necessarily required to attend court. The Judge in that instance, again after confirming proper Service of Process, may proceed without the Defendant’s presence.

A more permanent 50B Restraining Order, normally for a period of one year,

As such, failing to attend the 50B hearing may result in extending the ex parte Order and the relief sought for a period deemed necessary and proper by the Court.

The Judge is not necessarily limited to type of relief sought and given pursuant to the ex parte Order. It may, after hearing proper evidence on the matter, grant that relief it deems necessary, just, and proper to protect the Plaintiff from future acts of domestic violence, harm, and/or extreme mental anguish. 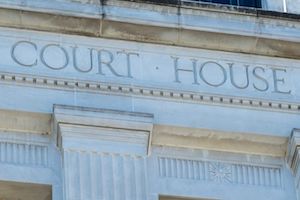 One of the most important first steps in reviewing such matters for legal representation involves determining whether there are both criminal charges and a pending 50B DVPO pending.

Danny Glover is an experienced OBX lawyer who is dedicated to justice and compassionate legal advice.