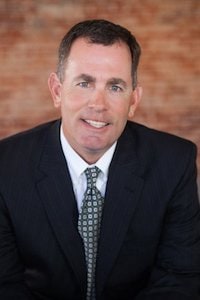 For over two decades Danny Glover, Jr. has dedicated his legal career to protecting the rights and interests of people throughout northeastern North Carolina who have been accused of crimes and DWIs, as well as those who have been severely injured and harmed by the neglect or carelessness of others.

Glover has extensive experience as a criminal defense attorney, especially in DWI cases. Not only does he handle these cases in all of the courtrooms across northeastern North Carolina, but he has also taught attorneys across the state on topics related to criminal defense and DWI, as well as publishing peer-reviewed papers, manuals and teaching materials on these issues.

Danny has also focused the other half of his practice on severe personal injury and wrongful death cases, and he has obtained some of the largest verdicts and settlements in the northeastern North Carolina area in cases ranging from car wrecks, falls on dangerous floors, motorcycle and bicycle wrecks, dump truck and tractor trailer wrecks, and inadequate security cases. He has handled cases across the state, from Asheville to Chapel Hill to Manteo, and especially in the Albemarle area of Elizabeth City, the Outer Banks, Currituck, Camden, Pasquotank, Perquimans, Chowan and Gates counties.

“I think I have a unique ability to analyze legal, tactical and logistical problems and issues and formulate effective strategies that will solve those problems,” Glover says. “And I am a competitor. I hate to lose at anything – especially a client’s case.”

Danny's success in representing his clients for the past 26 years comes from not only from staying on top of current changes in statutes and caselaw, and also from staying on top of the latest trends in legal technology and education to assist in preparing and presenting his client's cases. But mostly, it comes from staying in constant contact with this clients, completely understanding their situations, and then aggressively standing up for his clients, whether it is in criminal court or against insurance companies that are trying to take advantage of them with low ball, unfair settlement offers.

Danny is licensed to practice in all of North Carolina’s state courts as well as the U.S. District Court for the Eastern District of North Carolina, the Fourth Circuit U.S. Court of Appeals and the U.S. Supreme Court. In recognition of his professionalism and client service, Glover has been selected to The Million Dollar Advocates Forum, Super Lawyers of North Carolina and Best Lawyers.

“I believe that I have developed a reputation for being aggressive and stubborn, but also very knowledgeable about the types of cases that I handle," Glover says. “I network daily with numerous attorneys throughout the state via the North Carolina Advocates for Justice, which is the state’s leading organization of about 3,000 criminal defense and injury trial attorneys, in order to make sure that I am equipped to provide the best possible service to all of my clients.”

Danny Glover, Jr. has helped countless Northeastern North Carolina residents and tourists get through and then move on with their lives after an arrest or severe traumatic injury.

"I’ve always made it a priority and a core value to keep in regular touch with my clients and make sure that I understand their situation and that they understand their case and every step in the process,” he says. “It’s important for me to get to know my clients. I often go to client's home to see how they live and how their injuries have affected their daily lives. It really burns me up to see or hear about lawyers who never meet with their clients, never return their phone calls, never get to know anything about their clients. How can you possibly serve a client if you don't know them or anything about them. Every client has different needs, and I always tailor my approach to meet their individual needs.”

As a member of the North Carolina Advocates for Justice, (NCAJ) Glover has assumed key leadership roles over the years, including serving as its President from 2014-2015. Glover recently served as the Chair of the committee tasked with finding and hiring the new Executive Director of the organization. Glover also previously served as Chair of the Auto Torts (vehicle wrecks) Section and for several years as a member of its Board of Governors and then on its Executive Committee, as its Legislative Vice President, as well as acting as a Trustee on the NCAJ Political Action Committee, one of the most powerful Political Action Committees in the state. In the past, he also served as a founding member of the organization’s DWI Task Force, working to try to stop unfair and unconstitutional legislation in DWI cases. For his exceptional service and commitment to the NCAJ, Glover was awarded the prestigious Ebbie Award Citation of Excellence in 2010.

His Membership in the NCAJ Has Especially Benefitted His Clients

“NCAJ has helped me to stay on the cutting edge of criminal defense and DWI defense techniques, as well as personal injury issues, understanding tricky and unscrupulous insurance company practices, and keeping abreast of recent court rulings throughout the state,” says Glover, who has also served as a speaker at various Continuing Legal Education seminars on topics including criminal defense, DWI, governmental immunity in personal injury cases, the use of expert witnesses in injury cases, injury and death claims against the State, DWI vehicle forfeitures, and others.

U.S. District Court for the Eastern District of North Carolina

Memberships
Legal Activities
Legal Publications and CLE Manuscripts
Civic Activities
Press Releases
Criminal Defense
Client Reviews
★★★★★
"I highly recommend working with Glover Law Firm. I live outside of the state and had a traffic citation in NC that would have required me to return to the state for court. Glover Law Firm was able to represent me for my court date such that I did not need to appear, and they facilitated a very positive outcome for me. I felt that the fee I paid Glover for their services was completely fair and reasonable for the time and money I saved." Bondwc WC.
★★★★★
"Danny Glover is the most meticulous and detailed lawyer I know. As a DWI Services provider in NC, I've had nothing but the best feedback from my clients about his legal services. If you want to feel like you matter but also get professional legal services, Danny is your go to." Anna Coker
★★★★★
"I hired Danny Glover to represent my daughter in a traffic violation. He did an amazing job at handling her situation quickly. I can't say enough about the way he generally care for his clients. If I ever need legal help or advice again, Danny Glover is who I would call." Leigh H.
★★★★★
"I have used Danny Glover on numerous SERIOUS felony charges and also traffic misdemeanor charges for the last 15 years. He has beat or gotten every single charge I've had reduced or dismissed the man is a beast! Top Notch!" Shane Howard
★★★★★
"Danny Glover is by far the best lawyer that I have had represent me. I can only give 5 stars but he deserves more than that. His staff was extremely personable and professional. If you have a traffic citation in an area covered by Mr. Glover, you would be a fool not to hire him and his staff to represent you." Sean M.
View More
Submit a Law Firm Client Review