1. Elements of the Offense 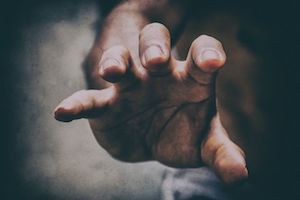 Assault on a Female charges in North Carolina are set forth in the NC Criminal Laws 14-33(c)(2). It is a misdemeanor criminal charge subject to sentencing as a Class A1 offense.

The State, through the office of the District Attorney, bears the burden of proof for all criminal charges. The Assistant District Attorney or “ADA” must prove the following essential elements Beyond a Reasonable Doubt:

Assault in North Carolina is a Common Law offense. Neither assault nor assault and battery are specifically defined by statute within Chapter 14 Criminal Laws.

North Carolina recognizes “attempted assault” which requires an overt act or the attempt to assault the person of another. It also involves a use of violence or force that is intended to cause injury or immediate physical harm.

Physical contact with the victim is not required. North Carolina recognizes more than one type of criminal assault:

Assault charges may also be defined by the attempted use of violence to injure another person. It requires the intent to commit a violent act or do harm to another human being.

There are several different types of assault including, but not limited to simple assault, assault inflicting serious injury, assault by strangulation, assault with deadly weapon, and assault on a female. Each such criminal charge may further be classified as a Domestic Violence offense if the defendant and alleged victim are married, have a child in common, and/or a prior dating relationship.

2. What is an Example of Assault on a Female?

A 22 year old woman attacks another female, striking her in the face with a closed fist. The defendant cannot be charged with Assault on a Female, even though the victim is a female. In such instance, the defendant, because she too is a female, may only be charged with simple assault in North Carolina.

A 22 year old woman slaps her boyfriend across the face, who is also 22 years old. In response, he punches his girlfriend with a closed fist in the arm. The original assailant may be charged only with simple assault, a Class 2 Misdemeanor. The boyfriend, assuming his response may also be charged with assault, but given he is a male aged more than 18 years old, he may be charged with the much more serious criminal offense of Assault on a Female by a Male, a Class A1 Misdemeanor.

A 17 year and 364 day year old male punches his mother in the face. After his arrest and release from jail, his district court appearance is set. Sixty days passes before the matter comes on for trial. The Defendant cannot be convicted of assault on a female in that at the time of the offense he was not 18 years old. He may be charged with simple assault.

Other Outer Banks Criminal Matters may include allegations of:

Assault is classified as a Common Law offense. As such, necessity defenses such as Defense of Others and Self Defense / Defense of Self, as well as Consent, and Defense of Property, all of which are Common Law Defenses.

The Common Law defenses of Defense of Self (Self Defense) and Defense of Others, as well as Defense of Property and Consent may serve as valid defenses to the crime of Assault on a Female.

Assault on a Female by a Male Person is classified as a Class A1 Misdemeanor that carries a possible maximum period in jail of 150 days.

Punishments for any type of Outer Banks assault charges may also involve things such as:

6. Criminal Defense for Assault on a Female Cases 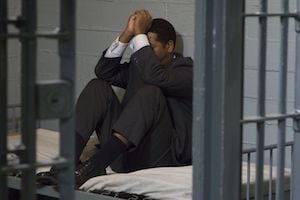 Any criminal charge in North Carolina can carry long-term consequences. As a Class A1 Misdemeanor, people can and do go to jail if convicted (depending on Prior Record Level / past history of criminal convictions).

In fact, some conditions and terms associated with an adjudication of guilt are more substantial than a low-level felony offense such as Possession of Cocaine or even Possession with Intent to Sell or Deliver Marijuana.

Each case, like each person facing criminal charges is different. It’s a really good idea to lawyer up immediately after getting arrested. If possible, you should speak with an experienced Outer Banks criminal lawyer if you are being investigated for AOF (Assault on Female) charges.

Exercise your right to remain silent. That’s often referred to as “Taking the Fifth.” It’s part of your 5 th Amendment Right to not provide inculpatory evidence against yourself.

Assault on a Female charges, especially those involving parties who are in a dating relationship, have lived together, and/or have a child together, may be designated as a Domestic Violence offense and subject to special terms of bond and conditions of release from jail.

One such condition requires a District Court Judge to set bond, unlike other criminal offenses. It may also authorize up to a 48 hour hold with no bond given the timing of the offense and availability of a Judge to set bond.

Allegations of Assault on a Female may also allow for a Complaint and Motion for Domestic Violence Protective Order or DVPO. That is authorized pursuant to N.C.G.S. Chapter 50B.

A 50B Order in North Carolina is heard in civil court and is separate and apart from the criminal allegations, although the same evidence may be adduced at trial. The rule against Double Jeopardy under the US Constitution does not apply in such instances.

If you’ve been arrested and charged with Assault on Female in Gates County, Chowan County, Herford County or anywhere in the Outer Banks of North Carolina, Danny Glover is available for legal consultation.

Danny is a widely respected courtroom lawyer and a past President of the North Carolina Advocates for Justice (NCAJ). Danny and his staff are dedicated to providing solutions to tough legal issues, compassionate representation, and hard-nosed legal advocacy.

Call Danny Glover NOW or you may also reach him directly by email at Danny@DannyGloverLawFirm.com