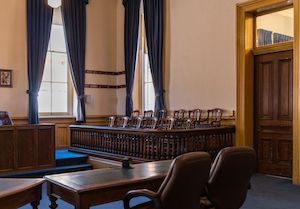 Fundamental to your system of justice and criminal charges, the right to a jury trial is generally accepted and understood by the general public.

People accused of both felony and misdemeanor charges have certain Constitutional Rights:

"Reviewing and demanding constitutional rights on behalf of our clients is what we do. They are central to presenting an effective defense to criminal charges."

What are My Constitutional Rights?

“Rights” under the Constitution, like Miranda Rights, the right to a lawyer, and the right to a speedy trial, have a long-standing historical basis in our country.

They were first established under the U.S. Constitution during the very formation of our country.

Thereafter, as the Constitution was amended, United States Constitutional rights were imposed on the states pursuant to the 14th Amendment.

At minimum, there are inalienable rights under the US Constitution, including those applying to criminal charges, that the states must acknowledge and follow.

Those are set forth in the Bill of Rights and the “amendments” to the Constitution.

That is not to say those are the only rights afforded to people facing criminal allegations.

Relative to criminal charges in North Carolina, there are two Constitutions to consider.

While similar in many ways, they are technically separate legal documents with important differences.

North Carolina is one of the first thirteen colonies of Great Brittan.

The first North Carolina Constitution came into effect in 1776, following the Declaration of Independence from King George III.

There have been two substantial revisions to the NC Constitution.

One took place following the civil war and reflected reconstruction conditions imposed by the United States as part of readmittance into the Union.

The North Carolina Constitution was also later amended, and further ratified, in 1971.

It expands upon the US Constitution.

A jury trial as set forth under the 6th Amendment to the U.S. Constitution is not absolute.

There are certain criminal charges that do not require a trial by jury.

Under the US Constitution, the Judge may decide whether the accused is “not guilty” or “guilty” for certain minor criminal charges.

The right to a jury does not apply if a criminal charge is deemed “petty.”

Petty offenses are those where the possible punishment does not exceed six months of imprisonment (jail or prison time).

That issue was formally discussed/decided in 1970 by the United States Supreme Court.

In Baldwin v. New York, the Court concluded “petty offenses” do not trigger 6th Amendment protections and therefore do not require a jury trial.

"North Carolina does not distinguish offenses using the term ‘petty.’ The NC Criminal Laws focus on misdemeanors, felonies, and in some instances, ‘infractions’."

Fortunately, the criminal procedures in North Carolina are a bit different

Whether an allegation of a felony or a misdemeanor charge in North Carolina, jury trials have been mandated under the North Carolina Constitution.

Can You Waive Your Right to a Jury Trial? 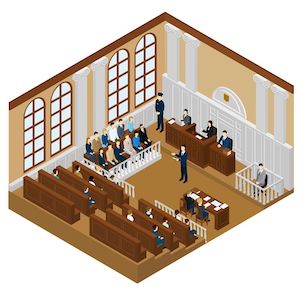 Until relatively recently, you could not waive your right to a jury trial.

If an offense was not deemed “petty,” the right to a jury trial was absolute under both the North Carolina and US Constitution.

Unlike other rights such as the right to remain silent, it could not be “waived.”

A jury, not a judge, was required to determine issues of guilt.

A jury, and not the judge, made the decision of whether the defendant is “guilty” or not.

Specific to North Carolina criminal laws (and the NC Constitution), the accused could not “waive” that right.

If a matter went to trial in Superior Court, a jury was mandatory unless the Defendant pleaded guilty, the State dismissed the charges, or a Court Order resulted in the dismissal of charges.

** Jury trials are not a part of District Court trial in North Carolina. In District Court, the Judge decides both issues of law and determines issues of guilt or innocence. Upon de novo appeal to Superior Court, the Defendant’s right to a trial by jury is ordinarily triggered.

In 2014 North Carolina Constitution changed the requirement for jury trials, authorizing the Defendant to “waive” their right for all criminal charges (felony or misdemeanor), except when the State seeks the Death Penalty.

If the charges involve a possible punishment of the death penalty, the Defendant still cannot waive their right to a trial by jury.

What is a Waiver of Probable Cause?

After the North Carolina Constitution was amended to allow a waiver of a jury trial, the General Assembly also amended the criminal laws, setting forth in § 15A-1201 and what is required to proceed with a “bench trial” rather than a jury trial in Superior Court.

If the accused wishes the Judge to decide whether he or she is “guilty” or in fact “not guilty,” there is a process of “waiving” the right to a jury trial.

"Given how fundamental the right is, the Judge is very careful to be certain the Defendant is willingly exercising that right. It cannot be compelled."

The Defendant cannot be threated to waive their rights.

It is your choice, not that of your attorney, the prosecutor for the State, or the Judge. The voluntary waiver of the right to a jury trial must be set forth in writing or “on the record” (the official court record/transcript of the proceedings).