Self Defense in NC 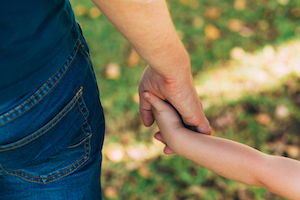 North Carolina is what defense lawyers call a Stand Your Ground state. The use of force, if reasonable, is authorized to defend yourself or others against harm.

Victims of aggression, specifically those facing the possibility of serious bodily harm or death, are not required to retreat or hide.

You may both defend yourself and stand your ground.

Most notably, deadly force may come into play in defending your household and loved ones while inside your residence.

OBX Criminal defense lawyers may refer to that as the Castle Doctrine. Under the law you are authorized to defend your home and hearth, your “Castle.”

The use of force, including the use of force that results in the death or injury of another, may be a valid defense under the North Carolina criminal laws.

North Carolina General Statute Chapter 14, specifically N.C.G.S. Section 14-51.3, provides for self defense, including the use of deadly force, if the accused is reasonably defending against death or infliction of serious bodily harm.

Under the NC criminal laws (Chapter 14 is entitled Criminal Law – Article 1 - Felonies and Misdemeanors), self defense may also be appropriate in instances involving an unlawful entry into one's vehicle, home, or place of employment.

Defense of others and self defense are subject to review for reasonableness.

Any fear of death or immediate bodily harm must be reasonable, taking into consideration the nature and circumstances of the allegations.

As such, the type of force used in defending oneself or others, including deadly force, must be reasonable given the danger or peril faced due to the aggression of another.

Threats against your life and safety must be imminent.

Presumptions Regarding Use of Force in NC 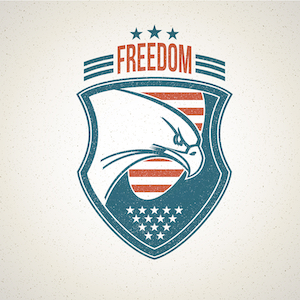 The determination of what is reasonable and what is not reasonable has been a subject of considerable conversation in years past.

To that end, there are certain legal presumptions regarding self defense and the use of deadly force.

Those presumptions include an understanding that use of force, as a matter of law, may be reasonable if acts of aggression take place in your home, your vehicle, or at your workplace.

Put simply, the law presumes your fears of death or serious bodily harm are reasonable if you are subject to acts of aggression or violence in your own residence or workplace.

In fact, under the North Carolina Stand Your Ground law, you may not have a duty to retreat or hide if such threats of harm or death are imminent.

That's what people mean by “standing your ground.” You are not required to withdraw from the conflict or retreat.

You may defend others and defend yourself when legally appropriate. You may stand your ground, using force when necessary.

Obviously, in defending yourself or others, you must act reasonably and within the bounds of the law.

If you have been accused of wrongdoing or are subject to an investigation regarding the use of force, you should seek legal advice immediately.

You are not required to give a statement or cooperate with law enforcement officials in any way.

The fact that you speak with a defense attorney cannot be used as evidence against you.

Retaining legal counsel does not implicate you in wrongdoing. It is not evidence you did anything wrong at all.

Police Give Themselves a “Cooling Off Period”

Do what the police do for their own.

"When police shoot someone or have used force in enforcing the law, they are often given a ‘cooling off’ period before giving a statement. They understand taking an immediate statement is not entirely fair after a traumatic event."

There is a reason for that.

Detectives will do what they can to immediately interrogate a suspect and obtain a statement.

But the Fraternal Order of Police, in defending and protecting law enforcement officers in such matters, do their level best to prevent that from happening.

They don’t want detectives or investigators talking to their police officer members.

You deserve the same level of legal protection in Stand Your Ground and Self Defense matters in North Carolina.

You should immediately call a lawyer.

OBX Attorney Danny Glover is available for consultation in such matters.

"I’m a concealed carry lawyer. I will defend myself and I defend others in their exercise of Constitutional Rights."