Home
Criminal Defense
What is a Criminal Summons

What is a Criminal Summons 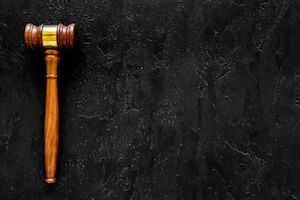 Service of a Criminal Summons in North Carolina means you have been accused of breaking the law. You face criminal charges. That’s serious stuff.

You also are required to appear in Court on a specified date, time, and courthouse location to answer the allegations. Failure to do so can ultimately result in an OFA (which stands for Order for Arrest) and possibly subject you to Criminal Contempt of Court.

“It’s a really good idea to have a criminal lawyer standing by your side in court, assisting you through the legal process. That’s true whether you are accused of misdemeanor or felony charges in NC.”

Sometimes people don’t understand what’s happening. They figure, “Well, I wasn’t arrested, how serious could it be?” We believe you should always protect your reputation and record. All criminal charges are serious.

Prosecutors and judges don’t draw a distinction based on how you were formally charged. The same sentencing laws apply whether you were arrested by way of Warrant or directed to appear in court by a Criminal Summons.

What is a Warrant for Arrest?

Chances are you already understand, at least in part, what’s involved with an Arrest Warrant. You’re going to get locked up and taken to one of the Outer Banks jails.

At some point you’ll have terms and conditions of bond set, which may include posting bond, (secured bond, unsecured bond, written promise to appear, custody release, etc.) EM Electronic Monitoring, and/or other terms of release imposed by the Judge.

For certain domestic violence assault charges in North Carolina, that may mandate review by a District Court Judge, rather than a Magistrate. And if that happens, you could be sitting in jail for an extended period of time, waiting to appear in Court.

Under the NC Criminal Laws, as well as the 4th Amendment, warrants require a formal finding of Probable Cause. Generally speaking, the form of the Arrest Warrant sets forth a brief summary of the allegations, what law or laws are alleged to have been violated, and names the accused.

Warrants further direct law enforcement to take the Defendant (the person accused of breaking the law) into custody. They are technically different than a Uniform Citation issued by an officer or even an Indictment.

What is a Criminal Summons in NC? 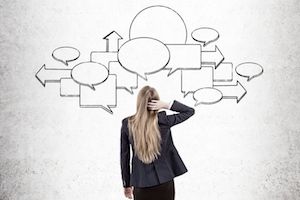 A criminal summons is very similar in form to a Warrant for Arrest. The main difference is that you’re not arrested and taken to jail.

You are directed to come to court, without getting arrested first. That’s what it means to be summonsed. And like an Arrest Warrant, there is a brief summary of the criminal allegations and formally naming / accusing the Defendant.

It’s important not to confuse a civil summons with a criminal summons. They share certain similarities, but also have important differences.

A civil summons is normally related to some form of civil litigation. They’re used when filing lawsuits for things like car wrecks, personal injury claims, and damages.

Failure to respond to a Civil Summons may have legal consequences, but normally that relates to disputes over money and civil causes of action.

A Criminal Summons is very different. It is one way by which Criminal Charges in NC are formally brought. A criminal summons may also be issued for a Criminal Infraction.

If you’ve been served with a criminal summons, you stand accused of a criminal charge. You don’t really have the option of not responding. It’s an alternative to getting arrested, but the charges remain the same.

When is My Court Date?

The consequences for a conviction are just as serious and possibly long-lasting. Because of that, it makes sense to seek legal representation by a “criminal lawyer” immediately.

Put simply, take your charges seriously. The court system does.

Timing is often key. In North Carolina, a court date must be set within a month of the original issuance of a criminal summons or reissuance of a summons.

That means you’ll likely want to sit down and talk to a criminal defense attorney as soon as possible, in that court may be fast approaching.

You’ve taken an important first step in researching warrants and a summons. We encourage you to call Danny Glover now to schedule an office visit.

The consultation is always free. It’s also confidential. What you tell us is protected under attorney-client privilege.

You may reach Danny by email at: Danny@DannyGloverLawFirm.com