1. Definition and Elements of the Crime 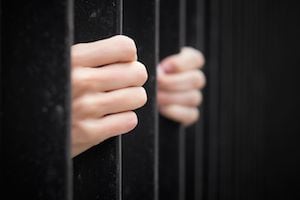 AWDW Inflicting Serious Bodily Injury is a serious felony in North Carolina. When a serious injury results from the assault, that is classified as a Class E Felony and subjects the accused to the potential active prison term.

The maximum period of confinement in the NC Department of Adult Corrections is 88 months, depending upon the Prior Record Level as calculated within the sentencing guidelines.

Felony assaults with deadly weapon intending to kill and those inflicting serious bodily injury are set forth the N.C.G.S. 14-32. The specific elements of the crime are described within the Pattern Jury Instruction 208.15.

The State of North Carolina bears the responsibility of proving the prima facie elements of the offense to the satisfaction of the Finder of Fact.

Under the 6th Amendment to the Constitution, every Defendant accused of a crime is entitled to a trial by jury. The North Carolina Constitution has been amended to allow for a waiver of that right to a jury trial and instead proceed with a trial by a Superior Court Judge.

Defense attorneys may refer to that as a “bench trial.”

A deadly weapon may be defined by the Court when it is per se a deadly weapon, such as fact patterns involving a knife, gun, or brass knuckles.

Some implements, while not necessarily automatically thought of or used as a weapon, may still be deemed a “deadly weapon” under the law.

For example, a box cutter is designed and primarily used as a work tool. If the person committing an assault uses a box cutter with the intent to seriously injure the victim, a box cutter may be deemed a deadly weapon by the Finder of Fact or Court.

Therefore, whether an ordinary object is a “deadly weapon” may become an issue at trial and deserves careful consideration by the criminal defense lawyer.

The prosecutor carries both the Burden of Proof and Burden of Production. Ordinarily that would be the “ADA” or Assistant District Attorney assigned to the matter.

The standard of proof for criminal charges is the highest in the land. It’s the same standard in small towns like Edenton, Hertford, and Elizabeth City as it is in Washington D.C., Los Angeles, and Boston.

That standard is Proof Beyond a Reasonable Doubt.

According to the NC Criminal Laws, Proof Beyond a Reasonable Doubt is proof that entirely convinces or fully satisfies the Finder of Fact.

As stated, that ordinarily would by a jury of your peers.

But, in the event the right to a jury trial is waived, the Superior Court Judge would be required to apply the same standard of proof in its individual deliberations.

All assaults, whether felony or misdemeanor charges, require proof of the Common Law offense of “assault.” In North Carolina, all batteries are assaults.

In proving its case in chief against the Defendant, the State must prove among other things the accused:

The Common Law offenses of Battery and Assault are still recognized as criminal charges in NC. Assault is not defined in the general statutes.

Accidental acts are not “assaults.” Intent is a necessary element of the offense. You must act with purpose, intending to commit the assault.

It is not required to cause the specific harm inflicted, just that you meant to assault the victim and that any injury was reasonably foreseeable.

In that an assaults is a Common Law offense, the traditional Common Law defenses are available, assuming the fact pattern allows for it.

If the injury involves great suffering and pain, it may be deemed as a “serious injury.” There is also a separate felony charge of AWDW Intent to Kill.

2. Related Criminal Charges and Legal Matters 3. Examples of Assault with a Deadly Weapon

a. While surf fishing at Nags Head, the victim sped by on a jet-ski, very close to shore. Defendant showed his displeasure at the victim’s ruining his fishing by “flipping off” the jet-skier.

In response, the victim turned around, beaching his jet-ski. Thereafter he ran over to the Defendant, put his finger in the Defendant’s face and screamed, “You don’t own the ocean. I can ride my jet-ski any damn where I want. I’m going to kick your teeth in. You’re going to eat from a straw from this point on.”

The victim is a large man, standing 6’5” tall and weighs 240 pounds. He clearly lifts weights and has a black teardrop tattooed below his left eye.

The Defendant is 5’6” tall and weighs 130 pounds. He wrestled in high school at the 126 weight-class, but he got pinned a lot.

After breaking the Defendant’s fishing rod in half, the victim swung the broken rod pieces at the Defendant’s head, striking him on more than one occasion. The reel on one end of the rod struck the Defendant’s eye, cutting him severely, and causing permanent partial blindness.

In response, the Defendant picked up the small “bait knife” he uses to cut up blood worms for bait and stabbed the victim in the arm as he again attempted to strike the Defendant with his own fishing rod.

Upon noticing blood on his arm, the victim stopped attacking the Defendant. The Nags Head Police Department responded to the scene, together with a Dare County Sheriff’s Deputy, and National Park Service officers.

The ADA also obtained an Indictment for AWDW Inflicting Serious Injury against the “victim” in the matter.

One type of Common Law Defense to assault charges is called the “Necessity Defense.” Those include the defenses of “Defense of Others,” “Self Defense,” and “Defense Property.”

A criminal lawyer in Nags Head would want to carefully consider whether the Defendant acted both reasonably and with a reasonable amount of force in defending himself and his personal property.

The actions of the “victim” in the fact pattern, together with the size-difference between the Defendant and the victim, would support the Common Law defense of self-defense, at least for the Defendant.

A knife ordinarily would be deemed a deadly weapon. The fishing knife in the fact pattern is less than 1.5” long and has a relatively blunt end. The Defendant, in stabbing the victim, acted intentionally.

The Defendant likely acted with lawful authority and therefore should be found Not Guilty of the criminal charge.

The “victim” was the aggressor in the affray.

He attacked a much smaller man, using a fishing rod to cause serious bodily injury. An assault resulting in blindness in one eye likely would be deemed “serious injury.”

A fishing rod, and more specifically the reel on the fishing rod, would not ordinarily be thought of as a “deadly weapon.”

As it was used by the “victim,” both given the size differential of the combatants, the fishing rod and reel could be considered a deadly weapon.

As such, the “victim” could be found Guilty as charged and sentenced as a Class E felon.

4. Defenses to Assault with a Deadly Weapon Inflicting Serious Injury

Assault and assault and battery are Common Law criminal charges in North Carolina. Defenses for such matters may include but are not necessarily limited to: 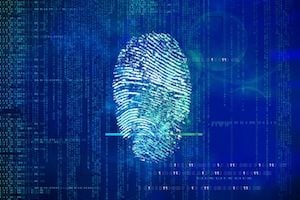 All assault charges are serious and carry consequences. Assault with Deadly Weapon, with nothing more, is a Class A1 misdemeanor and carries a maximum period of incarceration of 150 days.

That’s true for other class A1 misdemeanors such as Assault of Female, Assault on a Government Official, and Assault on a Handicapped Person.

Assault with Deadly Weapon Inflicting Serious Injury is a Class E Felony offense. The maximum period of prison time allowed for a Prior Record Level VI offender is 88 months of confinement in the NC Department of Adult Corrections.

For lower-level Prior Record Level Offenders, those being Class I and Class II PRL, an INTERMEDIATE sentence is authorized. PRL III through VI Offenders are subject to ACTIVE periods of incarceration.

Pursuant to the Sentencing Guidelines, an Intermediate Punishment authorizes a suspended term with the possibility of Supervised Probation, Intensive Probation, and/or House Arrest.

The Court, as a special term or condition of probation, may direct a “split term” of confinement, electronic house arrest, EM electronic monitoring, and other common aspects of supervised probation.

That may include a psychological / psychiatric assessment, alcohol and/or drug treatment, court costs, fines, and community service.

Danny Glover helps people accused of serious criminal charges. It does not matter whether you’ve been accused of a misdemeanor or felony offense.

Our law firm provides legal representation for state and federal charges. Call now to schedule your complementary consultation. Everything you tell the staff at our Outer Banks criminal defense lawyer is completely confidential.

You may email Danny Glover directly at: Danny@DannyGloverLawFirm.com