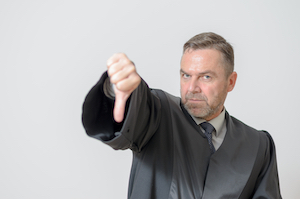 Entry of a guilty plea or plea of no contest to criminal charges in North Carolina is done on the record, if in Superior Court.

The conditions of the plea agreement or “terms of the plea” are ordinarily reduced to writing in something referred to by your Defense Attorney as the Transcript of Plea.

Prior to entry of judgment, a Superior Court Judge will often review the acknowledgments and terms within the plea with the accused.

"The Judge is required to confirm the Defendant understands their legal rights regarding a plea vs. taking a case to trial, and that the accused is voluntarily entering the plea of their own free will."

What Does “On the Record” Mean?

Superior Court proceedings in North Carolina are said to be “on the record.”

There is a Court Reporter present to record and reduce everything that is said in open court. That’s what defense lawyers mean when saying something is “On the Record.”

How We Can Help

"Everything is recorded. If there are disputes about what is said or done, there is an impartial and hopefully complete record of the proceedings."

That applies almost exclusively to Superior Court proceedings. District Court is generally not considered a “Court of Record” in North Carolina.

** As is the case with many legal matters, there are exceptions for Juvenile Court matters and as may be set forth in the NC Criminal Laws.

In addition to the warnings provided in a written Plea Transcript, there may be “terms and conditions of the plea” that set forth specifically what is agreed upon by the parties.

The judge may use the Transcript of Plea as a “go by,” reading word-for-word the warnings, admonitions, and effects of entering a plea of guilty or a plea of no contest to criminal charges in Superior Court.

"That process can take some time. Plea Transcripts are now several pages long and quite detailed in nature. There’s a reason for that. Entering a Guilty Plea involves waving important Constitutional Rights."

Is It Possible to Withdraw My Guilty Plea?

In certain, limited circumstances it may be possible to set aside a plea of no contest or guilty plea.

Clients sometimes have second thoughts about entering a plea or have a certain level of “buyer’s remorse” when they realize the full consequences of what a conviction means.

Your Right to a Jury Trial in North Carolina

If entered freely, voluntarily, and without coercion or threat, setting aside a guilty plea is very difficult if not impossible.

But, there are times when setting aside an entry of plea is not only appropriate, it is mandated by the North Carolina criminal laws.

One such instance is if the Court (the Superior Court Judge), in entering its judgment, does not comply with the terms and conditions of the agreement between the State of North Carolina and the person accused of criminal wrongdoing.

When that happens, the defendant may legally seek to withdraw her or his entry of a guilty plea at the trial court level.

The defendant may also have what is referred to as an appeal as a matter of right to the North Carolina Court of Appeals, consistent with N.C.G.S. Section 15A-1444(e).

That right has been specifically discussed in two appellate decisions by the North Carolina Court of Appeals in North Carolina v. Zubiena, a 2016 opinion, and “State v. Dickens,” a COA opinion from 1980.

What Does “Parties to an Appeal” Mean?

As it relates to criminal charges in North Carolina, and it doesn't matter if they are felony or misdemeanor charges, appeals are generally referenced by the “State of North Carolina” versus “vs” or “v” and the name of the defendant.

Those are the “parties” lawyers refer to.

If the name of the accused is “Jane Doe,” the caption of the appeal would necessarily be “State of North Carolina v. Jane Doe, Defendant.”

Defense lawyers and prosecutors, in referencing or citing a case may use State v. Doe as a shorthand reference.

The North Carolina the state is represented by the Office of District Attorney.

That’s different than civil legal matters in North Carolina, which may involve a Plaintiff and a Defendant.

In appeals for civil cases, the “header” of the appeal is the formal title of the matter and also references the “parties.”

If the Plaintiff’s name is JOHN DOE and the Defendant in a civil dispute is named JANE DOE, appeals to the Supreme Court and the Court of Appeals (COA) would likely be referred to as Doe v. Doe.

Can I Set Aside My Guilty Plea? 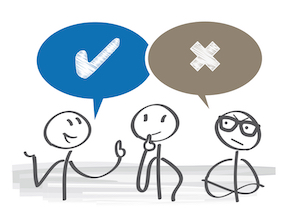 District Court guilty pleas are appealed to Superior Court, when and if appropriate, not immediately to the Court of Appeals.

If the court rejects the conditions of the plea agreement, or indicates a sentence other than what has been agreed would be entered, the defendant must be advised, in advance, of the Judge’s decision.

The Court (the Judge) is charged with responsibility of telling defendant the conditions in the plea agreement are not going to be accepted, that the Court will enter a judgment other than the conditions that are specifically set forth in the transcript of plea, and further that Defendant has a right to withdraw the plea and a continuance.

"It is extremely important to clearly set forth the terms of the agreement, specifically the sentence to be entered. Defense lawyers carefully draft the terms and conditions in the Plea Agreement seeking to avoid problems and limit, when possible, discretion in sentencing."

If you are accused of criminal wrongdoing, are subject to a criminal investigation, whether that be for misdemeanor or felony charges, we strongly recommend you speak to an experienced criminal defense lawyer without delay.

Exercise your right to legal counsel.

Decline to answer questions or participate in an investigation, even if seems informal.

What you tell police officers may not be protected by Miranda Warnings if you are not in custody and are providing a voluntary statement.

The fact that you ask to speak to a lawyer cannot be used as evidence against you.

Talking to a lawyer is not evidence of guilt.