If you are reported as having refused to take a breath or blood test in connection with a DWI arrest, North Carolina DMV will attempt to revoke your driving privilege for one year, regardless of the result of the DWI charge and often before the DWI case even goes to court. This revocation is separate and apart from the license revocation that will occur if you are convicted of the DWI. If you’re facing license revocation for breathalyzer refusal, you need an experienced DWI attorney to represent you.

It is critical that qualified legal representation is serving as counsel in a Department of Motor Vehicle (DMV) Refusal Hearing, as favorable outcomes can be particularly difficult to achieve on your own.

A person may have willfully refused a Intoxilyzer breath test or blood test, or may not have been able to perform the test properly due to a medical condition or extreme impairment. If a person was unable to perform a Intoxilyzer breath test due to a medical condition, he or she will still be reported as refusing to take the test.

Whether the person willfully refused to take the breath or blood test, or really tried to take the breath test but could not perform the test, he or she will lose driving privileges for one year—unless the case is successfully won at a DMV refusal revocation hearing. For most people, losing their right to drive has far-reaching ramifications.

When an Experienced DWI Lawyer Matters

As every case is different, Danny will meticulously walk the client through every step of the process to be sure no stone is left unturned and that he has developed a compelling argument to present at the DMV Refusal Hearing.

As an experienced drunk driving defense lawyer Danny moves into action immediately to challenge a person’s license revocation due to a Breathalyzer refusal. There are very strict timing rules related to challenging DMV refusal revocations and missing the initial early deadline will make it impossible to challenge the one-year revocation of your driving privilege.

If you have a client or know of an individual who is facing a revocation of his or her North Carolina driving privilege for refusing to take an Intoximeter EC/IR II breath test or blood test, contact Glover Law Firm today to discuss a possible referral and representation. At Glover Law Firm, you can be confident that any client you refer to us for representation in a refusal hearing will be taken care of completely. For attorneys referring these cases there is an added benefit that you will then receive a transcript of the officer’s “under oath” testimony that you can use at the eventual DWI trial.

North Carolina implied consent laws require that a driver submit to a chemical analysis test, i.e., an Intoxilyzer breath test at the station or a blood test. If the chemical analyst reports the driver as having willfully refused either test, the driver’s license is revoked automatically for a period of one year due to a Breathalyzer test refusal, even if not convicted at trial, unless the driver and his/her attorney successfully contest the revocation.

North Carolina now uses the Intoxilyzer EC-IR II. According to the manufacturer, the EC-IR utilizes both electrochemical sensor (EC) and infrared sensor (IR) technology. The Infrared system purportedly monitors, in real time, both alcohol and carbon dioxide concentrations in the breath. The electrochemical sensor system then quantifies the alcohol concentration in a breath sample. Every driver in North Carolina has, by law, impliedly consented to blow into this machine if charged with a DWI or other implied consent offense, and the refusal to do such, and/or the refusal to give a blood test, can result in this refusal revocation.

The process involved in obtaining a Refusal Hearing with the DMV is as follows:

If the hearing officer answers “yes” to all applicable questions, then DMV will revoke the license for one year. It does not matter whether or not the driver is ever convicted of DWI in court.

If the driver loses the DMV hearing, an appeal to a Superior Court Judge is allowed. Upon appealing the DMV’s decision, the driver continues to drive until the Superior Court hearing, which typically occurs several months later. At the hearing the Superior Court Judge will review the record and transcript of the hearing to determine whether there is sufficient evidence in the record to support DMV’s findings of fact and whether the conclusions of law are supported by the findings of fact and whether DMV committed an error of law in revoking the driver’s license.

Experienced representation is needed in order to have the most well-developed and thoroughly presented defense. Danny thoroughly completes all of the necessary paperwork for the hearing to make sure that all necessary actions are completed within the required time limits. Then he researches all legal issues to give you the best possible chance of winning your case.

At Glover Law Firm we take the time to fully assess each client’s case in order to strategize the correct and potentially effective defense tactics, treating every client as unique. There are no cookie-cutter solutions in our approach.

Contact us for more information if you are facing a DMV refusal revocation. 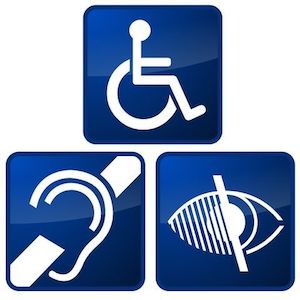 This is a video about refusing breath tests and what happens to your license if you are marked as a refusal.

We’re talking about in the building on the big machine. If the officer marks you as a refusal, then the magistrate will take your license for 30 days. Then the officer is supposed to submit paperwork to DMV and then DMV will send you a letter indicating that because you were marked as a willful refusal to take the test, DMV is going to revoke your license for one year.

That will come in a letter. That letter will also tell you that you have a right to a hearing. I do a lot of DMV refusal hearings.

The DMV hearing officer is both the judge and the jury in this case. What happens at the refusal hearing may have no impact on what later happens in court with the DWI. What happens in court with the DWI oftentimes has no impact on the result of the refusal hearing. They’re completely separate cases even though they arise out of the same DWI arrest.

It’s important though as soon as you get that letter to contact an attorney who regularly does these DMV refusal hearings because that letter is going to tell you that your revocation for the willful refusal is going to start within just a few days, a week at most.

Once you have this refusal hearing with the DMV hearing officer, the DMV hearing officer will send a letter letting you know the outcome. If you lose, then the one year revocation will kick in fairly soon after the letter. Your remedy at that point is to file an appeal in superior court so that a superior court judge can review the record of the hearing to determine whether there was a sufficient basis for DMV’s decision. Several years ago, the law changed.

The judge reviews the transcript of the hearing, reviews the exhibits to determine whether there was a sufficient basis for DMV to make its decision. If he finds that there was, then the decision of DMV is upheld and your revocation begins.

If he finds there was not a sufficient basis, then in my opinion, his job then is to reverse and negate the one year refusal revocation. Although I have heard events just as where the judges will simply send it back to DMV for further proceedings. Although frankly, I don’t believe that’s allowed by statute.

Sources / More Information
Criminal Defense
Client Reviews
★★★★★
"I highly recommend working with Glover Law Firm. I live outside of the state and had a traffic citation in NC that would have required me to return to the state for court. Glover Law Firm was able to represent me for my court date such that I did not need to appear, and they facilitated a very positive outcome for me. I felt that the fee I paid Glover for their services was completely fair and reasonable for the time and money I saved." Bondwc WC.
★★★★★
"Danny Glover is the most meticulous and detailed lawyer I know. As a DWI Services provider in NC, I've had nothing but the best feedback from my clients about his legal services. If you want to feel like you matter but also get professional legal services, Danny is your go to." Anna Coker
★★★★★
"I hired Danny Glover to represent my daughter in a traffic violation. He did an amazing job at handling her situation quickly. I can't say enough about the way he generally care for his clients. If I ever need legal help or advice again, Danny Glover is who I would call." Leigh H.
★★★★★
"I have used Danny Glover on numerous SERIOUS felony charges and also traffic misdemeanor charges for the last 15 years. He has beat or gotten every single charge I've had reduced or dismissed the man is a beast! Top Notch!" Shane Howard
★★★★★
"Danny Glover is by far the best lawyer that I have had represent me. I can only give 5 stars but he deserves more than that. His staff was extremely personable and professional. If you have a traffic citation in an area covered by Mr. Glover, you would be a fool not to hire him and his staff to represent you." Sean M.
View More
Submit a Law Firm Client Review