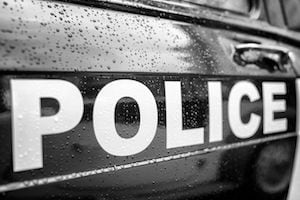 Sometimes people on vacation have a bit too much to drink and drive. Frankly, that’s often entirely inconsistent with what they believe and who they are.

In North Carolina, impaired driving is formally referred to as DWI, which stands for Driving While Impaired. It’s a bit different from some of the surrounding states/jurisdictions.

For example, in South Carolina, “drunk driving” is called DUI – Driving Under the Influence. In Virginia, it’s also known as DWI, but the acronym stands for Driving While Intoxicated and there may be the option to negotiate a plea to a lesser included offense of “wet reckless.”

That is not the case in North Carolina. The Pine State doesn’t offer deferred prosecution options, at least as it pertains to impaired driving.

“There may be legal options to challenge the Reasonable Suspicion or Probable Cause to stop or arrest. Overall, the process tends to be a bit more adversarial and complicated.”

What are the Possible Consequences of a DWI Conviction?

Frankly, a lot depends on the nature and circumstances of the arrest. There are a series of factors to consider including prior history, the BAC (breath test or blood test result), and status of your driver license.

What Happens When You Get Arrested for Drunk Driving?

We prefer to approach DWI charges in a linear fashion, meaning we look at the allegations from beginning to end. At the same time, it’s entirely reasonable to consider the “what-ifs” and the best and worst-case-scenarios.

If convicted, the Court is required to conduct a Sentencing Hearing pursuant to N.C.G.S. 20-179. At that hearing, the Court considers a series of “factors”

Based on the existence (and non-existence) of the stated “factors,” the Court is required to determine the sentencing level. DWI charges and how they’re sentenced in North Carolina is different than felony offenses.

And even though many, if not most cases involving impaired driving are technically deemed a misdemeanor offense, they are not handled pursuant to the standard misdemeanor punishment charts/grids in NC. 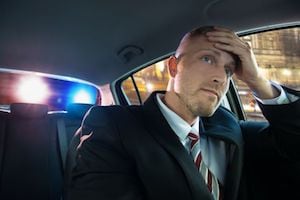 Under “Laura’s Law,” an A1 Level DWI is the highest misdemeanor DWI in NC. It carries a maximum of 36 months of incarceration and up to a $10,000 fine.

On the other end of the spectrum, Level 5 is the lowest level offense and requires neither an active jail term and/or even supervised probation.

After considering the possibility of jail time or a stretch in prison, most people next turn to the issue of a license suspension or revocation. That’s understandable, as a DWI-related revocation can have long-term consequences to your ability to work and provide for loved ones.

If “reasonable grounds” or Probable Cause existed to believe an Implied Consent Offense took place, and the accused either refused to submit to breath or blood testing, or upon submitting to testing a result of 0.08 is indicated, NCDMV is required to immediately suspend your license.

Technically NCDMV doesn’t have the authority to revoke an out-of-state license. DMV can prevent you from driving in North Carolina. The Division of Motor Vehicles may also transmit notice to the “home state” of licensure of the pending charges.

If the home state participates in something called the Inter-State Compact, that state may ultimately choose to revoke or suspend their license. As you might now understand, it can be a bit complicated, if not confusing.

Each state and how it approaches drunken driving charges is different. It makes sense to seek legal representation. Don’t try to go it alone in court.

Prosecutors in Tyrell County NC are professionals. They’re dedicated, well-trained advocates. While you may serve as your own attorney and are not required to retain an attorney, that puts you at a tremendous disadvantage.

“It costs nothing to call our office and ask questions about your DWI charges. We provide a confidential, free consultation.”

You may reach Danny Glover by email at: Danny@DannyGloverLawFirm.com