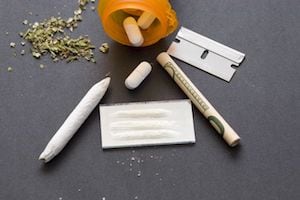 Drug possession charges, especially if they involve the illegal manufacture or distribution of controlled substances, are serious stuff. That's also true for intent to sell or deliver drug crimes.

To determine whether a felony or misdemeanor charge, defense counsel considers the substance (the Schedule of controlled substance), as well as the amount of drugs involved and/or “dosage units.”

The categories and classes of offenses are more fully described in NC Criminal Law 90-95 and the Controlled Substances Act.

The State carries the Burden of Proof to prove each and every element of the offense Beyond a Reasonable Doubt. In basic terms, the State (the ADA) must prove you:

Those are referred to the prima facie elements of the offense of Possession of a Controlled Substance with the Intent to Manufacture, Sell, or Deliver.

Defense lawyers may refer to such charges as a “specific intent crime.” One essential element involves “knowingly” possessing a controlled substance for any one of the three purposes prohibited under the law.

You must intend to possess drugs for the purposes of selling, distributing, or manufacturing those drugs.

That means the Defendant knew (or reasonably should have known) she or he was possessing, transporting, manufacturing, etcetera, a substance prohibited under the Controlled Substance Act. It also requires the intent to possess those drugs for the purpose of manufacturing, selling, and/or distributing them to another party.

Proving possession of a controlled substance may become an issue at trial. Possession may be proven either by direct or circumstantial evidence. In fact, actual possession, while legally sufficient, is not technically required. 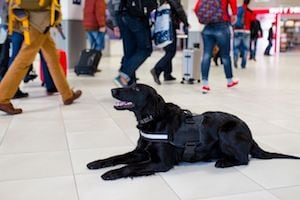 The ADA may also seek to prove “constructive possession.”

Constructive possession may be inferred by circumstantial evidence or the facts and circumstances of the case. If the person charged is aware the controlled substance in present or has the power (and intent) to control the use or disposition of the drug, that may prove enough.

That means if the drugs are found at your house or inside your car or some other place you “control,” you may be legally liable the things they find that are illegal. By the way, that can be true for stolen items and possession of stolen property charges.

Delivery is nothing more than the attempt to give or transfer drugs to another person. Even if money has not been exchanged, the intent of the parties often becomes relevant.

What is “Manufacturing” Controlled Substances?

It may include compounding substances, converting, processing, propagating, and producing them. That can be something simple as growing marijuana. It can also be “cutting” cocaine with other substances to increase the weight.

All “lesser included” means is that there may other, related charges that aren’t punished as severely as the main offense. For example, PWISD Marijuana may be a lesser included offense of Trafficking charges, depending on the amount of the weed seized.

“Simple possession” charges, those involving a controlled substance, is lesser included offense of Possession with Intent to Manufacture, Sell or Deliver (PWIMSD).

Such charges may involve proof presented in court by the prosecutor of things like scales, Ziploc baggies, and plastic bag corners. Again, you need not actually be in actual possession of such materials.

The State can seek to prove the “intent” aspect of charges by offering evidence of constructive possession.

There are Defenses available in possession charges, one of which may be the authority to deliver (or sell) a Schedule VI through Schedule I controlled substance. Another more common defense involves challenging either constructive or actual possession of the substance or substances.

Intent may also be a valid defense, as some people charged with drug offenses have no intent to sell, manufacture, sell or deliver. Instead, they plan on using the drug themselves and that’s just how they purchased those items.

While it may still be a felony offense to possess a particular controlled substance, “personal use” may serve as a valid defense, differentiating the matter from “simple possession” from PWISD Possession with Intent to Sell or Deliver or even manufacture, sell or deliver. There can be important differences under the criminal laws.

If either you or a loved one has been charged with a serious drug offense, it’s a really good idea to retain legal counsel. Exercise your right to remain silent under the 5th Amendment. Assert your right to speak with a defense attorney. You are not required to give evidence against yourself.

Convictions for possession charges, especially those involving selling or transferring controlled substances, carry long-term consequences. Prosecutors clearly will enforce the criminal laws against users. At the same time, they spend a tremendous amount of resources going after the people who manufacture, sell or distribute controlled substances.

Give Danny Glover a call NOW. We’re here to help.

You may also reach Danny directly by email at: Danny@DannyGloverLawFirm.com