Lawyers Who Handle DWI Charges on the Outer Banks 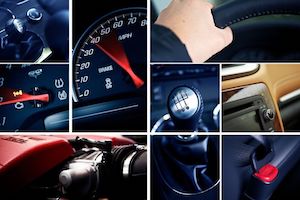 OBX law enforcement target DWI charges during the peak holiday seasons. A substantial number of visitors to the Outer Banks are arrested for impaired driving.

That makes sense, given there are more people on the roadways during the “high season” and people tend to drink more when they’re on vacation.

To be clear, if you have been arrested for any type of criminal charge while staying on the Outer Banks, we strongly recommend you retain legal counsel.

"Both felony and misdemeanor charges, just getting arrested and locked-up, often have consequences even if you live out-of-state."

What is DWI in North Carolina?

As you probably understand, each state has their own criminal laws and individual ways of doing things.

Certain constitutional rights (like Miranda Rights) apply throughout the country. At the same time, there are important differences in the enforcement of driving while impaired.

Some states call it DWI. Others refer to the offense as DUI. Still others call impaired driving OWI or OUI.

From the outset, it’s a good idea to explain that while many people may call it “drunk driving,” you do not need to be “drunken driving” or even “drunk” to be charged of DWI in North Carolina.

D.W.I. is the acronym (abbreviation) for Driving While Impaired.

In North Carolina, it’s against the law to be “impaired” by an “impairing substance.”

Impairment is not the same as being drunk.

Impairing substances may include alcoholic beverages, including beer, wine, and liquor drinks.

While many people may refer to the “legal limit” as .08 or a BAC of .08, that in itself is a bit of a misstatement.

The technical legal limit is a blood or breath alcohol reading of .079.

If you reach .08 or higher, that can be enough for a conviction of DUI charges in North Carolina.

The DWI laws in North Carolina, as set forth in N.C.G.S. 20-138.1 refer to “impaired driving,” listing one of three primary ways of breaking the law.

In fact, driving under the influence remains illegal in North Carolina.

Chapter 20-138.1(a)(1) specifically discusses as being “under the influence of an impairing substance.

Some people still refer to impaired driving as DUI in North Carolina.

In part that refers to “Driving Under the Influence.”

It’s important to note, DWI charges are not limited to just the consumption of alcohol.

Legal substances, like prescription drugs, can be the basis for criminal charges.

That means even if lawfully prescribed by a doctor, certain medications can in fact be illegal to consume prior to operating a vehicle.

What Proof is Needed for a Conviction?

In North Carolina, the State is represented by the Office of the District Attorney.

Assistant District Attorneys or “ADA” handle most criminal and DWI charges in North Carolina and are responsible for prosecuting cases.

The State carries the Burden of Proof.

They must prove, Beyond a Reasonable Doubt, through relevant, admissible evidence the person charged with DWI was “appreciably impaired.”

Impairment may be proven in different ways.

First, as discussed, the State can introduce evidence that at any time to be found relevant after driving, you had in your blood stream a .08 reading of alcohol, that could be enough for a conviction.

While not required to find the accused guilty of DWI charges, the “finder of fact,” whether it’s a judge or jury in NC, may accept that as sufficient evidence of impairment.

Some defense lawyers and prosecutors may refer to that as the per se prong of driving while impaired under Chapter 20-138.1.

At the same time, the State is not limited to evidence of either a breath or blood reading.

There are three different ways to prove BAC in North Carolina: Blood, breath, and even urine testing.

The State may also seek to show impairment with a BAC under .08.

An officer may express an opinion that the accused, the Defendant, had consumed enough of an impairing substance to be appreciably impaired.

In support of such a conclusion, the State may seek to introduce evidence of mental or physical impairment.

That may include proof of performance on dexterity tests or “SFST” - Standardized Field Sobriety Tests.

"It’s not unusual to hear testimony that includes red glassy eyes, slurred speech, and unsteadiness on feet. Each case is different."

You’re probably starting to realize DWI charges in North Carolina can be a bit complex.

North Carolina in certain circumstances may “report back” an .08 BAC or willful refusal to other states.

If you or a loved one has been arrested for DWI on the Outer Banks, the Glover Law Firm and Danny Glover Jr. is available for consultation.

We do not charge consultation fees.

Everything you discuss with criminal defense lawyers, during representation and even consultation, is subject to attorney-client privilege.

Defense lawyers keep confidential what you tell them.

You may also email Mr. Glover at Danny@DannyGloverLawFirm.com