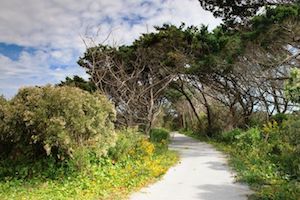 An arrest for DUI on the Outer Banks can be a bit different than what you might expect. The DWI laws are the same throughout North Carolina, but how they’re applied can be unique to the jurisdiction.

In part that has to do with the geography of the area. Ocracoke is a thin spit of land, known mostly for fishing, sand, and sun. And that’s where it can get interesting as it relates to impaired driving charges.

Can I Get Arrested for “Drunk Driving” on the Beach?

Yes, but there are certain legal issues regarding whether that area of sand may be considered a “public street or highway” or PVA.

Obviously, there can be restrictions, as widely published regarding migratory birds.

Overall, unless strictly off-limits to public traffic, the NC DWI law allows for criminal prosecution of matters that might not ordinarily thought of a “road,” “roadway.”

Other examples of a Public Vehicular Area may include things like: 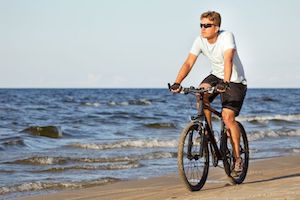 For the purposes of impaired driving, a bicycle can be considered a “vehicle.”

For years, criminal defense lawyers understood and relied on some notable exceptions/protections regarding what was deemed a vehicle. Until relatively recently, you could not get convicted of DWI while riding a horse, lawn mower, and/or bicycle.

People do get arrested DWI charges while riding bicycles, scooters, mopeds, lawnmowers, golf carts, and other self-propelled conveyances. It remains to be seen if the law would apply to foot scooters, roller skates, and skateboards.

In fact, even horses seem to be included as vehicles under N.C.G.S. 20-171 that makes the criminal laws under Chapter 20 – Motor Vehicle Offenses applicable to people driving animal drawn carts, vehicles, and even people “riding an animal.”

Creative defense lawyers may choose to challenge the statute as overly broad and/or vague, in that N.C.G.S. 20-171 includes some troublesome language, adding, “Except those provisions of the Article which by their nature can have no application.”

To make the point, it’s entirely possible to get arrested for “drunken driving” a bicycle on the beach. As contrary to common sense as that may seem, it is the law in North Carolina.

Are DWI charges in Ocracoke in State Court or Federal Court

Once again, that can be an interesting area of law, somewhat unique to the Outer Banks, Hyde County, and specifically Ocracoke Island. Chapter 20-4.01 mentions an PVA being property owned by the United States Government that is under the jurisdiction of the State.

As such, some federally owned land, buildings, etc., may be subject to prosecution under N.C.G.S. 20-138.1 and the NC DWI laws. In other instances, federal parks for example, might be prosecuted in federal court by the U.S. Attorney’s Office in the Eastern District federal court house.

Frankly, it can be a bit complicated. And while the respective DWI laws are very similar, there are important differences. That’s especially true regarding whether, after an arrest, you’ll be able to drive pursuant to a Pre-Trial Limited Driving Privilege or Ordered to turn in your NC Driver License by a federal judge.

If you have legal questions about a felony or misdemeanor charge, Danny Glover is here to help. Legal consultations at our law firm are both free and confidential.