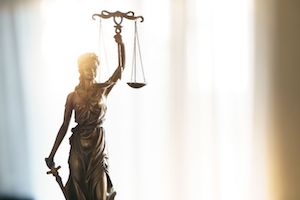 Crimes of theft are covered in the NC criminal laws as “offenses against property” Chapter 14. Larceny charges involve both felony and misdemeanor offenses, including things like shoplifting and unlawful concealment.

That is different from Larceny in North Carolina. Unlawful concealment is a Class 3 misdemeanor that carries a maximum punishment of up to a 20 day active jail sentence.

In contrast, misdemeanor larceny is a Class 1 offense, authorizing a maximum active sentence of up to 120 days. Misdemeanor charges authorize the sentencing judge a lot of discretion in determining the sentence, which takes into consideration any prior criminal record of the defendant or “Prior Record Level” PRL. 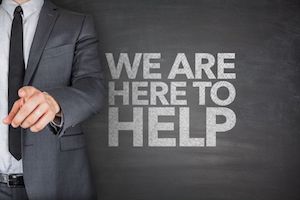 The North Carolina “sentencing grid” for misdemeanor charges may be found here. Defense attorneys, prosecutors, and judges refer to different “blocks” within the grid that include:

An “active punishment” is what is sounds like: jail time. An “intermediate punishment” may include a combination of a probation, intensive probation, and a jail sentence. And C – Community Punishment is a suspended term of either probation or unsupervised probation in North Carolina.

Is Larceny a Felony in NC?

This may come as a surprise to you: Larceny is a felony in North Carolina unless otherwise addressed by the criminal laws (N.C.G.S. 14-70) That does NOT mean all larceny charges are felonies in North Carolina.

Defense lawyers take time to explain the differences because they can matter. As you might understand felony larceny carries the potential for a harsher sentence than misdemeanor larceny and obviously the felony conviction.

Websites like mugshots.com post embarrassing arrest photos and other personal information about people charged and arrested. There can be long-term consequences to criminal charges, some of which may include damage to your reputation in the community.

That’s especially true in “small town” North Carolina in places like Elizabeth City, Hatteras, Currituck, Duck, and other Outer Banks towns. There is a stigma associated with an arrest or even being accused.

No one wants to thought of as a thief or criminal. That’s a good reason to take the allegations seriously and see if there is any way to get your charges dropped. It’s also a good idea to seek an expunction or “expungement” after a dismissal of charges, if that’s a legal option.

The dismissal of larceny charges is NOT automatic. You should not assume the DA will dismiss the charges simply because it’s a 1 st offense or that you made a mistake or offered to pay for the items.

It really is a good idea to retain legal representation and begin your defense strategy. We’ll help you understand the best-case and worst-case scenarios, understanding our job is to seek you best interests.

Defense lawyers will also explain the differences between felony or misdemeanor larceny and the associated consequences of a possible conviction.

Part of negotiating a dismissal of charges and whether that includes a trial, arguing motions, deferred prosecution, or other basis for getting the charges thrown out, involves answering these important questions:

Can the State prove its case against you? Are there witnesses? Was the arrest legal and supported by Probable Cause? Is there evidence available or are there problems with the search and seizure?

The State has the Burden of Proof in all criminal charges in NC. To “make its case” and survive a Motion to Dismiss, evidence must be presented at trial of the following elements:

Larceny also may involve a component of value, which when in dispute is always left to the finder of fact. Theft of an item valued at $1,000 or less is normally considered misdemeanor larceny in NC. Items valued more than $1,000 would be considered felony larceny.

It’s important to note, there are certain types of larceny charges where it doesn’t matter the value of the item. In those cases, larceny may be a felony.

Felony larceny charges include things like “larceny from the person” or common law robbery, breaking or entering buildings to commit a felony inside or larceny after breaking and entering.

If you have questions about your OBX criminal charges or Googled, “Lawyers Near Me” we’re here to help.

Call now to schedule an in-person office visit with OBX defense attorney Danny Glover. Everything you tell us in legal consultation is kept strictly confidential.

It also doesn’t cost anything to call us and discuss your case. That’s true even if you don’t ultimately retain our firm for legal services.